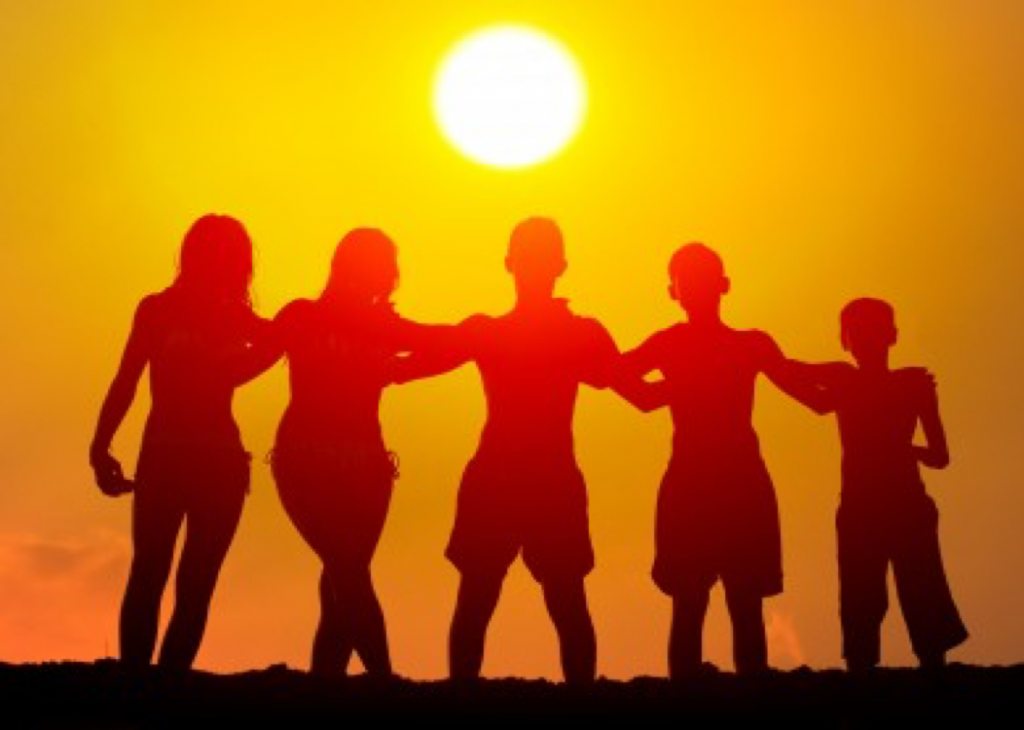 There’s a popular belief in self-help circles that you are the sum of the five people you associate with the most. Who you spend time with influences the person you eventually become.  Who you invest your time with – talk with – will either elevate you – or it will bring you down?  The theory is that the kind of people you chose to interact with influences your consciousness level and your beliefs and behavior in particular areas of your life. From that point, the determination of the extent to which your thoughts and actions actually can be influenced by these people around you- comes down to two personal factors 1) your own consciousness (your morals) and  2)  your resilience as an individual (your strength of character) – and then there is additionally the collective sum of consciousness (peer pressure) of the people you are choosing to associate with.  Although this may not necessarily be supported scientifically, there does seem to be merit to this claim.

Fortunately, and unfortunately, like attracts like – the old adage “birds of a feather flock together” has been around since the 1500’s to describe people who have similar characters and behaviors often spend time with each other.  In other words, the company you keep says a lot about who you are, your character, your morals, your beliefs and your integrity.

The people you spend time with the most is who you will become. It’s important that you surround yourself with positive people, be it friends, family members, and work colleagues. People’s vibes, mindsets, and beliefs will become your own- humans can be like chameleons – so only surround yourself with the best – those who will help you to take your life to a new and better level.

Consider that the people you keep around you are currently – or could- affect the path of your future – your destiny.  Then ask yourself – do the people who hold those supposed “close” titles build you up or drag you down? Are you being your full true self around them, or do you find yourself talking like them, acting like them and becoming them to fit in and to gain acceptance?

Granted, we all need family and friends in our lives, people we turn to for advice or solidarity at times, these are then the people we think we can trust… and are ultimately influenced by. However, it’s important to stop and think that maybe some of those people you are giving influence over you may actually be having a negative impact on your life, even subconsciously.  That possibly they have an agenda of their own… or a general negative life agenda… that is seeping into your own thoughts and actions. You cannot change the people around you. But you can change the people that you choose to be around. We sometimes hang onto to detrimental or even toxic relationships because we are afraid to lose some friends, or lose support from family, or acceptance, or anything else for that matter, instead of making the better choice of surrounding ourselves with the right people.  In the end, we end up becoming the average sum of some other average people.

This doesn’t mean that you have to sever relationships but it does mean that you should monitor and be more deliberate about who you are spending your time with and allowing into your world. Create distance from people who do not help you achieve your best potential as a human being – spiritually, emotionally and physically. In the event a person is seriously damaging or has the potential to cause destruction in your life then you should consider letting go.  Not everyone is meant to stay. If you are caught up in relationships that do not bring you forward, you are not really helping yourself, and neither are you helping the other person. You are not being the best you can be and subsequently, not being the best, you can be to them.

If you find yourself surrounded by people of low consciousnesses, people who  are bitter and disgruntled, where conversations typically swirl in negativity, where it is  difficult to lift the conversations from lower level, fear-based and ego-based topics like gossip, complaining and  unhappiness, to higher-level conversations of more love-based or spiritual topics such as living with purpose and self-improvement – then create distance.   You can be the most intelligent and conscious  individual around, but if you are constantly surrounded by negative, ego based people in your life, it will impact who you eventually become and your progression in life. If you are surrounded by people who believe or vibrate at a negative level or conduct themselves both in words and actions at levels of malice, jealousy, conspiracy or vengeance, even if you are initially a “positive” person, eventually you will start to descend into a pool of negativity and lower level vibrations and actions. Energy is contagious, both positive and negative. Always be mindful of what and who you allow into your space.

If you choose to spend time with a group of positive individuals – “positive” meaning they lead a positive influenced life- those who believe in taking responsibility for their words, actions and lives, then you too will become a proactive individual who shapes your own healthy and positive future. This is especially important in achieving life goals because the consciousness YOU vibrate at affects your thoughts and actions.

Associate with people that inspire you, people that challenge you to rise higher spiritually, people that help make you your best version of yourself. Have people in your life that will change it for the better – not people that are hampering your growth.

Save your time to walk with the dreamers and believers, the courageous, the sincere, the genuine, the cheerful, the planners, the doers, the ones with their heads in the clouds and their feet on the ground. Fill your world with positive people who believe in you, encourage a healthy lifestyle, and support your healthy ideas and goals.   Be with the people who pour water on your fears and gasoline on your dreams, not vice versa.  Be with the people who pull out the magic in you…. not the madness.

Then ask yourself the big question:  Is that Ok?